We are honored to be chosen for

The Knot's Best of Weddings for the last six years,

putting us in their distinguished Hall of Fame! 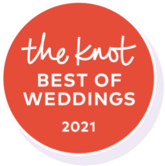 Anita began ballroom dancing as a child in the Ethel Howell School of Dance. She attended college on a dance scholarship and has been trained by many of the best teachers in the world. 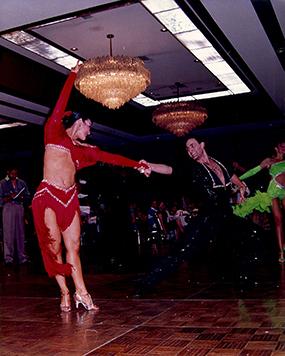 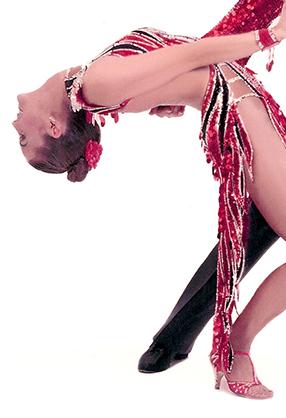 Anita Langley is a ballroom dancer, teacher, choreographer and competition judge. She teaches mainly in the north Houston areas of The Woodlands, Spring and Tomball. Anita specializes in the International Latin Division and has extensive experience in each of the Standard Ballroom dances. She is a 2 time United States Champion, represented the United States twice in the World Championships, and was a member of the World Formation Team. She and her partner won multiple titles while competing at the Emerald Ball, Embassy Ball, Ohio Star Ball, California Star Ball, California Open, BYU Dance Sport Championship, and Blackpool in the United Kingdom.​

​After turning professional, she appeared on the television series Dance Fever and Star Search and was featured in music videos while continuing to compete in the United States and Europe.

Check out our wedding dance specials

Many of Anita's instructors are currently involved with Dancing with the Stars and So You Think You Can Dance. Shirley Ballas, Corky Ballas, Ron Montez, Jean-Marc Genereux, France Mousseau, Ray Rivers, Tony Meredith, Melanie LaPatin, Donnie Burns, and Colin James have all taken part in Anita’s training. As an instructor she has become a teacher and coach to children and adults of all ages and levels of experience. Her students include United States Preteen Champions and Pro-Am Dance Champions.

​Anita has been involved in social dance lessons for over 20 years. Teaching prospective brides and grooms to dance was a natural extension of her social dance background. Being a part of one of the most special days in the life of newlyweds, is exciting and rewarding. Whether it is a simple first dance for the bride and groom or choreographing father/bride or mother/son, or the entire wedding party in a group dance, Anita is able to teach anyone of any level of experience to dance like a champion.